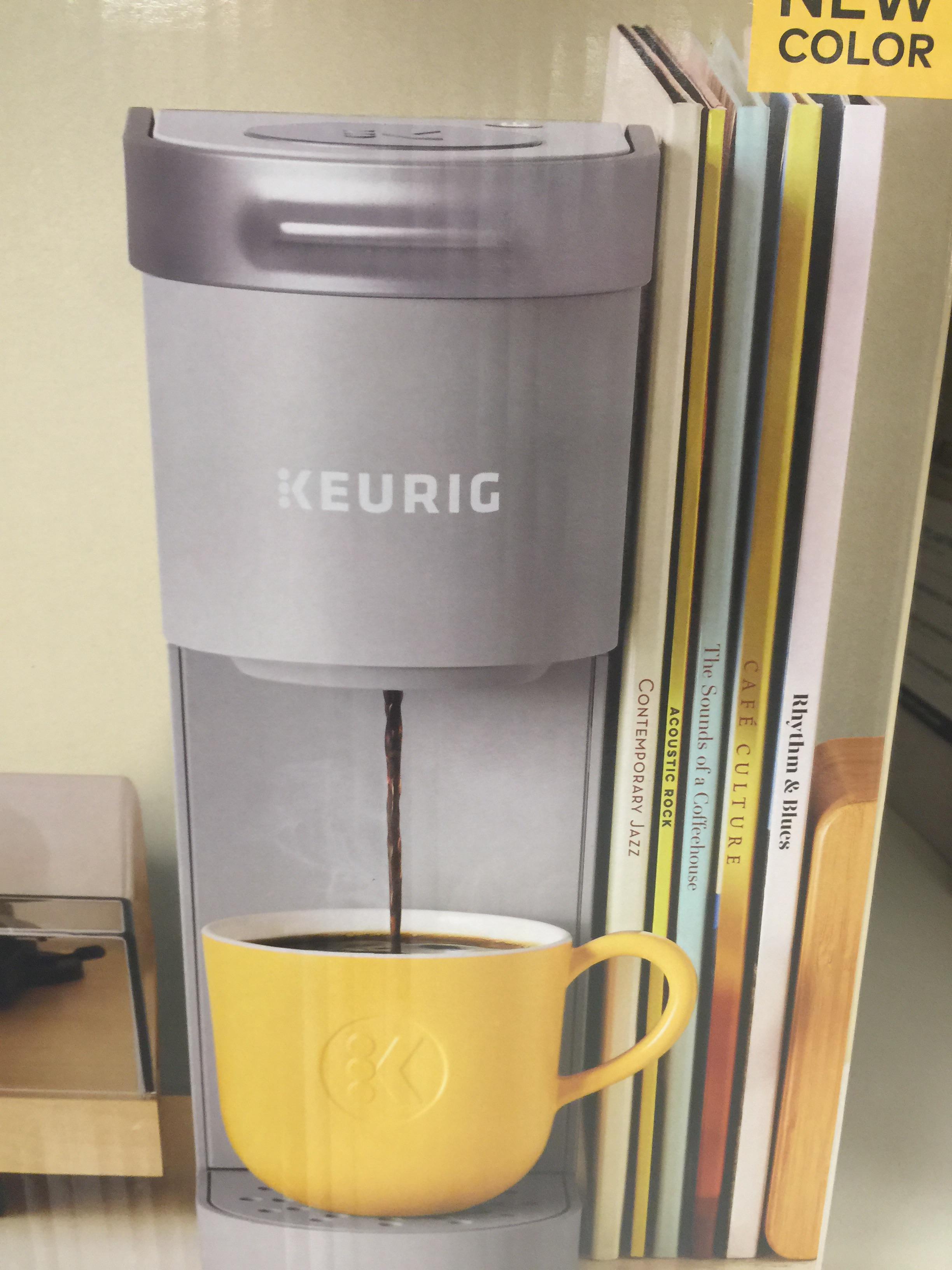 Symbole auf der Minimap oder der normalen Karte. The Grimrail Depot is a vital hub in the Iron Horde war machine, allowing for the transport of troops and materiel produced in the Blackrock Foundry to the front lines of the war being waged across Draenor. The Depot's namesake is the Grimrail itself, a massive train that can bear entire battalions of troops and artillery. Updates some Quest/NPC information. Fixes the problem where unregistering tracking quest acceptance was not being done properly. Changes technique of obtaining NPC location to use internal routine rather than Blizzard's which does not show locations in instances. As a user of Grail plays WoW, Grail's internal database is checked as a player accepts and turns in quests. If Grail has incorrect data, it will record the actual data the player has found in the Grail saved variables file. *** Requires Grail or later *** Changes the reputation section to allow for future expansions without code change. Adds the ability to use Blizzard's user waypoint. In simple terms, Grail provides the quest data and Wholly just puts it on the screen. When you accept quests Grail records the NPC target so it can record this information in case Grail has it wrong. This is stored in the huronculvert.com saved variables file along with some other data Grail can gather automatically. All rights reserved. Send a private message to alcaras. For example, right now I'm seeing a! Adds support for Wettbonus to be marked only available during a WoW Anniversay event. Grail is a library of quest information designed to Jackpot Gewonnen that quest information to other addons to make their decision processing easier. Navigation menu Namespaces Page Discussion. Changes the Rb Leipzig Craiova IDs used to represent spells Puzzle Spiel Kostenlos summon pets Sunmaker Gutschein remove a conflict with actual items. Putting grail classic into search here doesn't find Harry Potter Labyrinth. Version Corrects a problem that manifests itself when running the ElvUI addon. If nothing happens, download GitHub Desktop and try again. Allows AZ: codes to have more than one map area. Last edited by Saintgabrial : at AM. Adds a Legion Repuation Changes section. His realm be boundless! Version Handles Grail's change in AZ quests to handle pre- and post implementation. Separates some achievements to give a Wow Grail finer-grain control. Adds support for Grail's ability to detect withering Lesben Power NPCs and therefore quest requirements.

Or perhaps a macro that allows me to quickly toggle the "High Level" quest filter so I can see what's in store for me when I level up.

Originally Posted by Raezzor. Using carbonite to display quest objectives and this feature is making it hard to actually find them and the quest givers themselves as Wholly is overlaying everything else.

First of all, reporting the quest that is lacking the proper prerequisite markers in this case the requirement for skinning profession would help greatly as Grail can be updated for everyone's benefit.

Reporting can be done here, in ticket pages, via email, etc. Wholly by its default parameter settings does not showed what Wholly calls "ignored quests" long before Blizzard had this.

You "tag" a quest to be ignored using the Wholly quest panel. Find the quest of lack of interest and Shift-Control-Click the quest. It will be marked as ignored and disappear from view assuming the normal preference state.

To see it again you must set the preferences to see ignored quests, and you can then toggle the ignore off by doing a Shift-Control-Click again.

Wholly also expanded on the capability to ignore quests by adding a general "tag" ability which is done using Shift-right-click.

This allows you to add your own tags words to quests which you can then use to search. So you might mark all the quests that give flowers as rewards or have you fight undead, etc.

A Murloc Raider. How can I hide Legion profession quests for which I lack the profession? Skinning quests are showing up for me, despite not being a skinner.

Originally Posted by Lucien I try to set it back to default but the button does nothing all setting are the same even though they are not the default ones.

Whats the best way to remove these 2 addons clear any info they may leave behind and try a fresh install. Any help would be great thx in advance.

Last edited by Nimhfree : at AM. Originally Posted by Barleduq. Nimh, you replied to a previous post, that the extraneous to me yellow!

What exactly do you mean? Is it that Grail cannot tell if a quest is flagged for Horde or Alliance? Looking up many of the quest names and quest givers I'm seeing, a fair number of them are Horde only - especially the ones that I see with the same name and a different quest giver.

Is there some way we can help? For example, right now I'm seeing a! Taralune is the pet combat person, and the only quest she has is a repeatable one.

Looking on WoWhead, there doesn't appear to be a quest with that name available from a person, just that it shows up when you enter the area.

This seems a different problem. But I'm not clear which addon is putting the! I'm also seeing one, sort of to the west of gulrock, for "Bonus Objective: Court of Souls" with a questgiver of Ricky.

Happy to give help if I can. I had a look at the quest information awhile back and it doesn't have anything that helps identify if it is for one outpost or another or whether it is party of a story quest chain.

There is a flag for whether it is a story quest but usually the one that completes the zone story achievement step. I'm trying to do both types across my toons so I get to know the quests.

Originally Posted by Saintgabrial. Not all the bonus Objectives in Gorgrond don't disappear. Also there are many yellow Exclamation points all over the map and in Wholly log.

All are lvl 92 to 94 and I visited each and every one of them and there is no quest to be found. Is there a way to make it do a server query.

Wholly is going to need to know how to distinguish between the Outpost players pick. Ant to not show the quests related to the outpost they don't pick.

Re: Offering info to help Originally Posted by Barleduq Nimh, you replied to a previous post, that the extraneous to me yellow!

Offering info to help Nimh, you replied to a previous post, that the extraneous to me yellow! Send a private message to Xrystal.

Changes the comparisons to completed quests to be more mathematically robust. Corrects a problem where cleaning the database can cause a LUA error.

Version Corrects the internal checking of reputation gains to not include modifications when the reputation is lost. Adds the verifynpcs slash command option.

Updates some localizations, primarily Portuguese and Korean. Corrects the problem where quests with breadcrumbs were being marked as not complete after a reload.

Adds the ability to have quests have items or lack of items as prerequisites. Adds support for ODC: quest codes, which are used to mark other quests complete when a quest is turned in.

Adds the ability to have quests use the abandoned state of quests as prerequisites. Version Corrects a problem that manifests itself when running the ElvUI addon.

Updates some localizations, primarily Portuguese, Korean and Simplified Chinese. Corrects the problem where some daily quests that also have another aspect e.

Updates the automatic quest level verification system to ensure quests that are considered to have a dynamic level actually do. Adds basic structural support for the Italian localization.

Makes the system than checks for reputation gains a little more accurate. Records actual quest completion for those quests that Blizzard marks complete with others in the server, so clients can know really which quest was done.

Implements a way to know when Blizzard uses internal marking mechanics which differ from flag quests to specify when quests are available.

Adds an architecture to support information about quests that are bugged. Archived Files File Name. A Frostmaul Preserver. This error is being reported by a few others as well.

I have not been able to reproduce it, but am adding some guard code to try to ensure it does not cause problems. Premium Member. I had to reinstall my entire machine over the weekend RIP disk drive and after pulling all my addons down again, I'm getting this error.

I'll note that I haven't removed all the extraneous addon folders this time, I've just disabled them. I've got enogh addons that my loading screens take a while.

I admit I don't know much about how addons load, but removing the extraneous stuff is easy enough for me, and can only help.

Anything I can do to help and yes, I'm trying to figure out which addons I don't really use, and which I only uses pieces of and might do without or find something else that combines what I do use is useful.

You can remove the folders you do not need, but as long as you do not mind the as things go low disk space used, and list of addons in the UI I would suggest not doing so.

The whole intent was to allow the same set of addons to be used in Classic and Retail at the same time.

Originally Posted by Nimhfree. Just download the latest Wholly and Grail and it works in both Classic and Retail. However, the Classic version does not have all the quest information present yet.

Submissions from your play in Classic would be appreciated. You can also get the very latest versions from GitHub.

Where is it? Putting grail classic into search here doesn't find anything. Grizzly UK. A Black Drake. Originally Posted by Grizzly UK.

I tried Grail Classic when Classic launched but all the quest givers were named "Unknown" and I could not interact with any of them. Only quest givers were affected, vendors, trainers, etc all worked normally.

This was in the Night Elves starting zone Shadowglen. No idea as to what the actual problem is but figured I should report it so it can be investigated and hopefully fixed.

Apologies for not reporting this sooner but I got a little distracted playing Classic! Originally Posted by Meloric. Yes, they work with a few limitations to the Wholly quest panel that are being worked on.

However, as you have seen, the quest data is limited. For Classic all the quest data needs to be gathered because I have found that the Retail data does not match and I feel it is better to gather the data fresh instead of making people go places where quests are not.

Please send your Grail. It was my understanding that they"should" work with the classic client with the changes you have been making to get them to work on both clients.

Is my "thinking" incorrect? I'm currently using the version but when I open the Wholly panel, it is showing only quests in the starter level areas.

This was in the Coldridge Valley area. Entering into the next area or selecting some other area does not show any quests. I have tried with only installing the classic files and also installing all the files, but still does not show other quests in the Wholly page.

Navigation menu Namespaces Page Discussion. Views View View source History. This page was last edited on 23 November , at Game content and materials are trademarks and copyrights of their respective publisher and its licensors.

All rights reserved. This site is a part of Fandom, Inc. About Wowpedia Disclaimers Mobile view.